February 2015 Peter participated in a group exhibition with six artworks from his collection 'Emotions'
at ARTA GALLERY under the title CONNECTIONS. 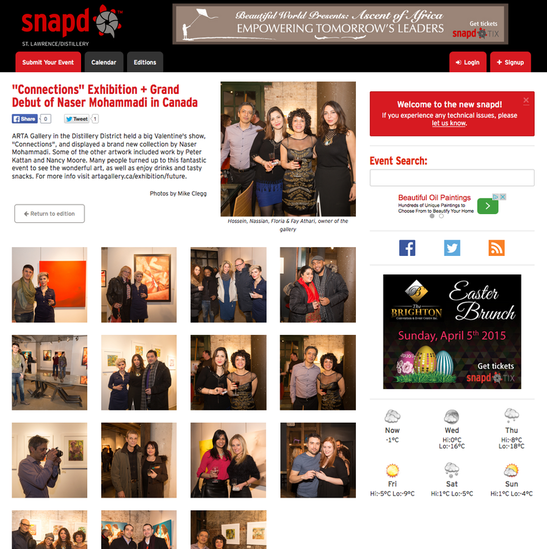 July 2014 Peter won a Canadian national design contest 'Made By You Design Challenge'
for his dining table design with 2523 votes. The contest was organized by Mirens furniture. 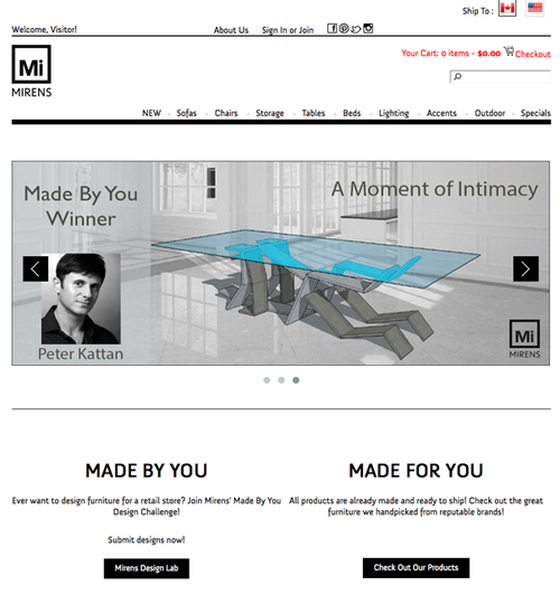 January 2014 Peter has been commissioned by CECCONI SIMONE / ONi ONE to design
“Energy Revolution” a modern Instillation Art in Toronto. It is installed inside One Park Place condo building
that has been designed by Hariri Pontarini Architects and built by Daniels Corp. 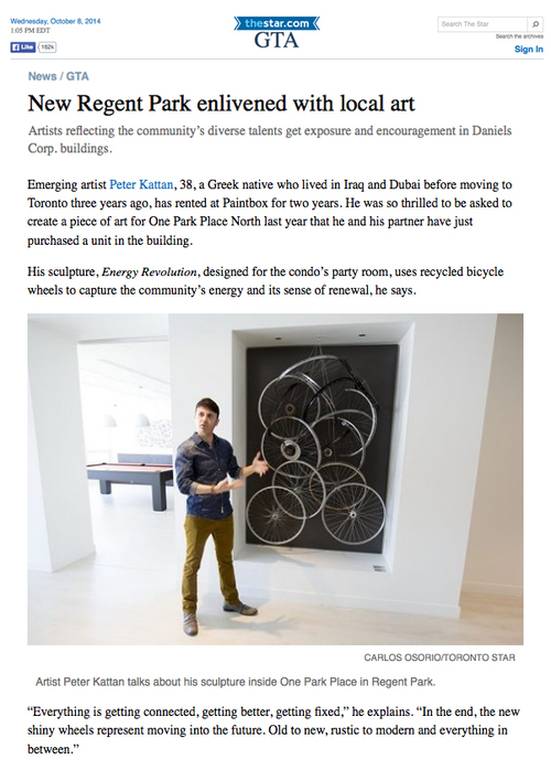 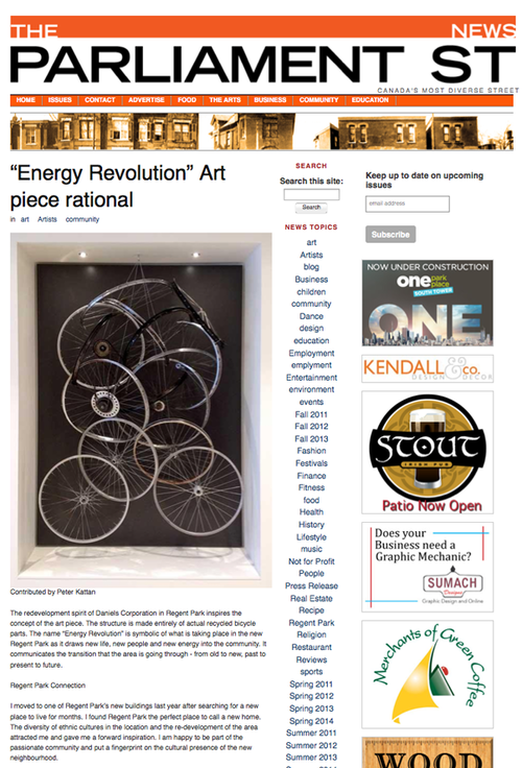